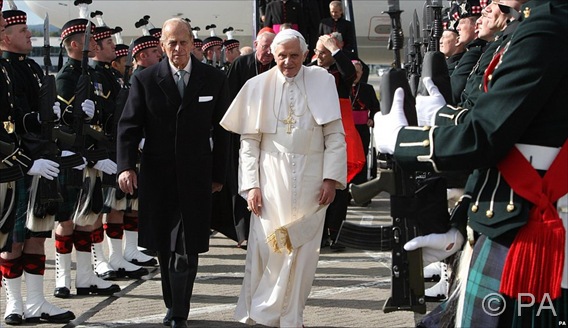 After many ‘difficult’ headlines in recent days, weeks, and months, Pope Benedict XVI has arrived in Scotland for his four-day visit to the UK – the first visit by a Pope since John Paul II in 1982.

As the lead photo shows, he was greeted at Edinburgh Airport by Prince Phillip (which is a unusual sign of respect) and a 30-strong Royal Ligament of Scotland. From there he was taken to Holyrood House, to meet the Queen, ahead of starting a parade through Edinburgh in his famous Pope-mobile. 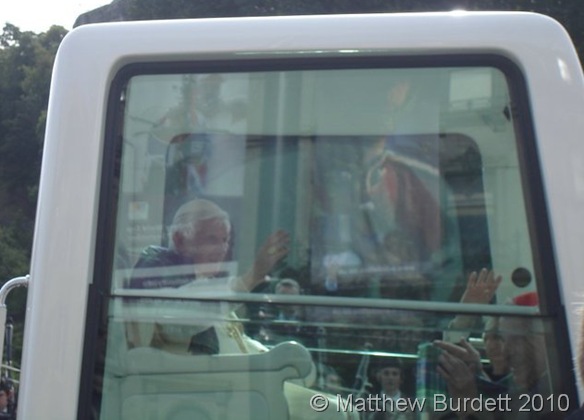 This photo of Pope Benedict was taken by Matthew (my brother), who is up in the capital of Scotland at the moment. While it isn’t the best of quality, I thought it was nice to include a really personal touch to this blog.

The Catholic Church was genuinely worried that the parade down Princes Street would be poorly-attended, but when 125,000 well-wishers turned out, these fears were relieved.

He went on to Bellahouston Park in Glasgow, where 65,000 people took part in Mass conducted by the Pope. This event was expected to attract up to 100,000 people, but even still the site seemed crammed.

What annoyed me was when a BBC News reporter asked an attendee “So, why are you here?” I mean, really? This is the BBC – the world’s biggest broadcaster, with 3,500 people working for its news output alone – and they’re asking people “Why are they here?”. It’s blindingly obvious…

There’s still much ahead on his visit – as this itinerary I made shows: 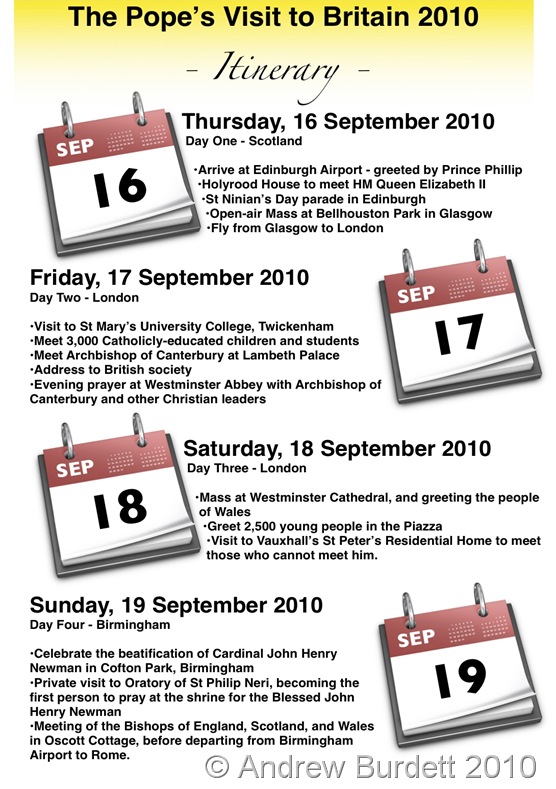