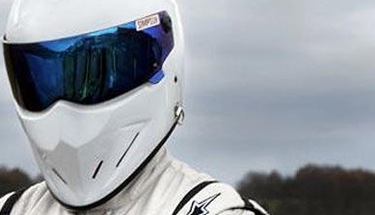 After a few days tracking the story, I’ve only just got around to writing a blog. HarperCollins, the book publishers, want to sell the Stig’s memoirs.

Who is the man behind the mask? Is it an ex-Formula 1® driver? Is it a member of the Top Gear crew? Is it a different guy every week? Who knows?

But that’s exactly the point – who does know? Anyone who does is forced to agree that they won’t give away the secret. And that includes the Stig himself.

“The person who wears the suit has signed confidentiality agreements to keep the anonymity. So talk about what you like in your own life, but not the bit you agreed not to. Your word is supposed to mean something.”

Andy Wilman (credited as Top Gear’s editor, but perhaps co-creator is a better title) wrote a great blog about the situation, on TopGear.com’s WordPress. It’s humourous and chatty, but highly insightful all the same.

“If you get your Christmas ruined by one of the best and most harmless TV secrets being outed, you can rest easy in the knowledge that by contrast, HarperCollins’ executives will be enjoying a fantastic Christmas [with their profits].”

Is Michael Schumacher REALLY the Stig? Of course not, it was a joke.

What Wilman’s write-up sadly forgets is this: when Michael Schumacher appeared on the programme and pretended to be the Stig, everyone was excited that they were finally going to know who the Stig really is. Watch this video I’ve embedded on the left. It’s a kind of unseen-footage clip, from that Series 13 show, where Schumacher lifts his helmet. Clarkson brilliantly goes along with it, fooling many viewers that the ex-F1 driver is the TG test driver. But for the rest of the show, there’s a kind of bitter disappointment felt by viewers, that they now know the answer to a question that had been troubling them for years, and the hunger to know has gone.

Happily, it becomes clear that Michael Schumacher is not the Stig and it was all just a joke. And so, luckily, the guessing game continues.

I’m pleased that the BBC are fighting to save the secrecy. It’s gone to court now, so the costs to the licence fee-payer of keeping the driver’s name hush-hush are escalating. But, as Wilman points out, the Stig is also owned by the BBC’s commercial arm (BBC Worldwide) which isn’t funded by the licence fee – and they’ll be footing the bill too.

Whether or not the book does get published, I for one know that I won’t be buying it. I won’t be able to avoid hearing who the Stig is if it does get leaked, but let’s hope it doesn’t.