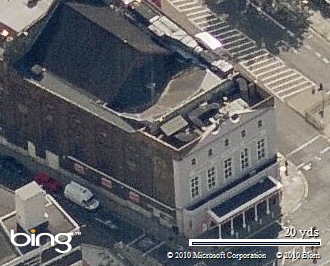 Today, I’ve been to London with Mum, to the Old Vic. What I did was organised through Kids’ Week – I’ll write more about next Thursday.

So, we arrived at 10:15am at the nearby Waterloo Underground station, and took a brief stroll to the Old Vic.

As we were there far earlier than originally planned, and with the activity not starting until 11:00am, I found a little bookshop opposite The Cut. After a little browse, I picked up a £25 book about the London Eye for just £8.

Feeling pleased with my purchase, I crossed the road, and proceeded on into the foyer of the 1818-built theatre. 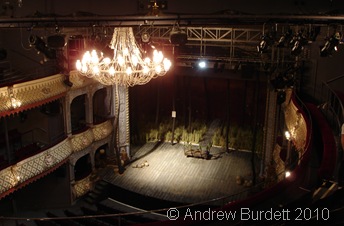 The thing I was booked onto was advertised as a “backstage tour”, though we later found out that it was to be followed by a ‘workshop’. Without any more knowledge, Mum just sort of left, and the tour commenced.

I was with a bunch of 20 other children – aged between 11 and 16 – though it was a far more female crowd than male. However for the tour, there was no real communication between us. While it was very interesting, I’d have loved to see even more of backstage – maybe some of the dressing rooms and the prod-box.

We all got talking for the workshop, though. Despite the enormous enthusiasm from the two staff, the session was more of a school drama lesson than anything of any enormous value. We worked, very loosely, around the current production that the Old Vic was staging: The Tempest. Sadly, though, we were only doing this in the upper-circle bar, which was a bit of a shame.

All in all though, I learnt lots about the history of this great London theatre, and as I left the theatre I knew that I may be able to use what I’d learnt in the workshop in my GCSE Drama. 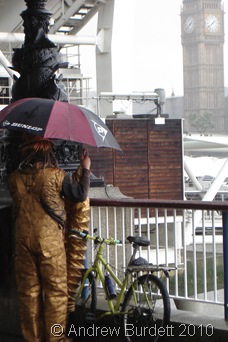 As we walked to the Southbank it started spitting, but it was only once we walked past the Royal Festival Hall that it started tipping it down. We tried taking shelter under Waterloo Railway Bridge, but this was no good thanks to the gaps between the metal.

Eventually, the storm passed, and we went and boarded the London Eye with our Merlin Annual Passes. While it was cloudy and views were restricted, it was still good to make use of our passes (which we got at discount rates as a result of my brother working at Legoland). 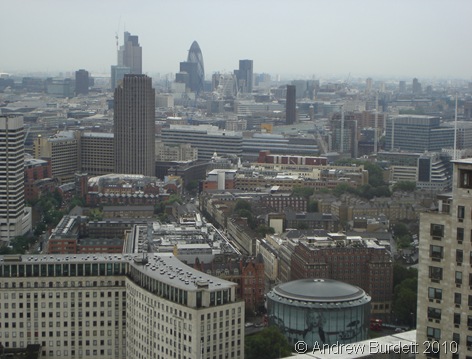 At around 3:00pm, with nothing left to do, we went home on the train from Paddington.