On the 7 July 2005, the country was waking to the news of the Capital’s successful bid to stage the 2012 Olympics. It was on the radio, Breakfast TV news programmes, and in the papers. It was these papers that were being read on the London Underground tubes when something completely contrasting happened. London was under terrorist attack. 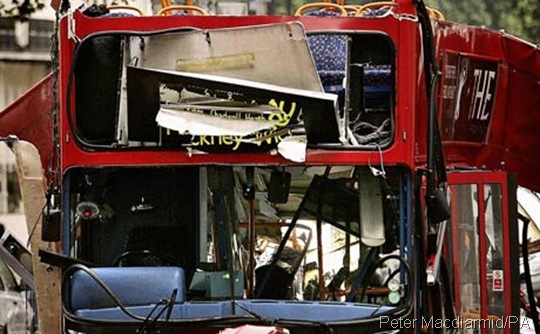 Four explosions went off that day; three on the underground, and one on a Number 30 bus. Miraculously, the top of the bus exploded outside a meeting of many Doctors and GP’s from across the country. While they lacked supplies, they had the knowledge, and improvised – stopping the blood from gushing out of the cuts was done with fireman’s gaffer tape – preventing deaths which would otherwise have occurred.

Of course, despite this, 52 innocent people lost their lives that day, with nearly a thousand others seriously injured. The BBC News website experienced a surge in traffic, receiving around 1 billion hits throughout the day, with up to 40,000 page requests per second. Bandwidth peaking at 11 Gbit/s, sending out 5.5 terabytes of data. 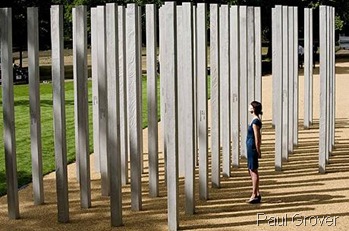 Last year, then, to honour the dead, a memorial was built in Hyde Park, with 52 pillars – one for each victim who died. The memorial was designed by young architects Carmody Groarke, with four sections of columns. Each section represents each of the four explosions, with the correct number of pillars for each section.

“After Prince Charles had delivered a powerful and personal address, the relatives, in the pouring rain, moved forward and placed flowers beside the memorial. I saw a boy in shorts and a baseball cap next to an elderly woman in a wheelchair. They all brought roses. A red one symbolising love, a white rose for peace.”

Today, on the fifth anniversary of the attacks, there was no official ceremony, but there was an unofficial gathering of the survivors and the day’s victim’s families. Flowers were put down in memory of the dead, and a wreath was laid with Prime Minister David Cameron’s name – though he was not at Hyde Park in person. The message then, clearly, is that five years on: We still remember them. 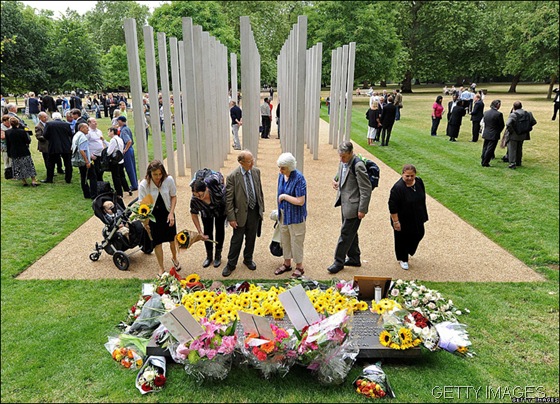