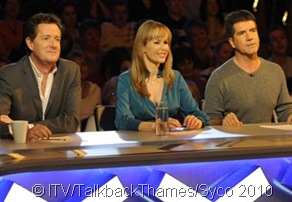 Tonight was the final of the 2010 TV series of Britain’s Got Talent. With such an amazing line up that it was highly regarded as a far less predictable competition that any previous year.

We were shown each act perform one past time, receive last bits of positive feedback, then clips of them talking about "just how much it meant to all of them". 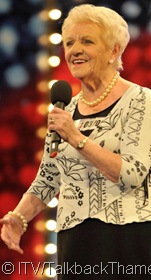 All of the performances went well, apart from the 81-year-old singer Janey Cutler who came in too late in the music making it very hard to come back in, as the strings became lost and it was all a bit of a disaster. Sadly, this lost her the competition.

Following the last performance (dance group Spellbound), phone lines opened and viewers were encouraged to phone in and vote for their favourite. As this happened, much padding was required with Usher singing live and the England World Cup song performed by Dizzee Rascal and Janes Corden (aka Smithy).

Then, after the last ad break, all of the finalists stood out on the stage ready to hear their fate. 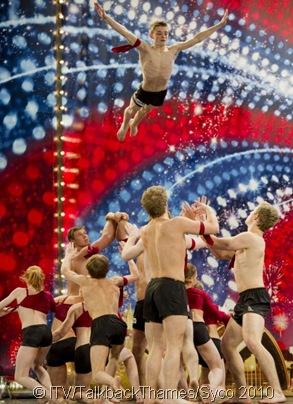 The 3 finalists were revealed in no particular order: Spellbound,Twist and Pulse, and Kieran Gaffney.

Then finally Kieran Gaffney was announced to be third and hence left the stage so close to reaching his dream and yet so far (yet something tells me we’ll be seeing a lot more of him).

Finally, after a nail-biting few weeks the winners were revealed!

The winners of Britain’s Got Talent 2010 were Spellbound!

They performed one more time (the same routine as earlier in the show) before the closing credits ran.

It has been a brilliant series which I’ve really enjoyed. This is the saving grace of a broadcaster which is known to be struggling. Well done ITV!