This blog explains my problem with hearing no sound through an audio channel, and how I managed to fix it. 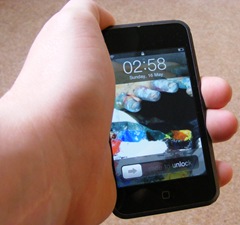 I love my iPod Touch. I bought it for just £25 at the end of the summer – in September 2009. It’s the best purchase I’ve ever made, and has been very well used hence it now looks distinctly worn. 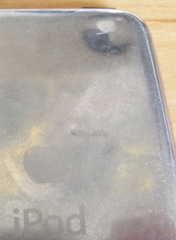 There was a time when it flew out of my pocket when I flew off my bike. It hit a large rock, and now has a noticeable dent on the back of it, but continued playing the Florence + The Machine song I was listening to! I didn’t come out quite so well, and suffered a huge graze on both my arms (of which I still bear scars from).

As I was walking through town today, I had it in my back pocket. The headphones I was listening to it through had a bit of a dodgy 3.5mm plug, so I thought it was this that had got knocked when my left channel of audio ceased to be audible. I gave the plug a bit of a rattle, but it was still no use.

I tried plugging the iPod into my car stereo, using a 3.5mm patch lead. Again, there was no left channel of sound. I had resigned myself to the idea that I would have to buy a new iPod. Dad, as an electrical engineer concluded that it must be the terminals on the 3.5mm socket inside the iPod itself.

But I had one last idea which I thought may just solve it: simply to restart the iPod. So I held the button at the top of the iTouch until it displayed the ‘Slide to Power Off’ message. I turned it off, turned it back on again, tried listening to a song, and finally it worked. I was so pleased! I saved myself £150 by turning the device off and on again!