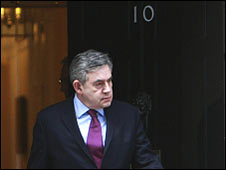 Gordon Brown has just stepped down as Labour Party leader, following a hung election after months of campaigning for roll as Prime Minister. The news comes less than a fortnight after the ‘Bigotgate’ scandal with Gillian Duffy.

Mr Brown, in an official statement, said that he wanted a successor to be in place by the party’s election conference in September. As Labour party leader, he said, he must accept responsibility for no party winning an overall majority.

This increases David Cameron’s chance of getting into power, if talks between himself and Nick Clegg of the Lib-Dems are successful.

Brown’s departure means he is one of the only British Prime Ministers ever to never win a general election.

Read more about the situation on the BBC.