This morning, at the crack of dawn, I was going down Gringer Hill (being driven by my sister), and at the bottom there were several police cars, a riot police van, an ambulance and a large area of cordoned off by ‘Police Line Do Not Cross’ tape. Forensic guys in white overalls arrived at 8:00am, and were still there by mid-day. It looks – to be honest – like a suicide or even murder, but everything at this stage is merely speculation. What we do know; is that assuming it is something along those lines, I am among those whose thoughts and prayers are with the family/families of the victims.

UPDATE: 20:37. Checked the Maidenhead Advertiser website. It suggests that it wasn’t a murder, but a serious assault with a man found on the grass at 6:00am. Read more on the Advertiser’s site. 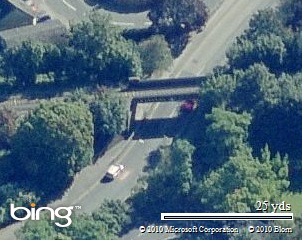