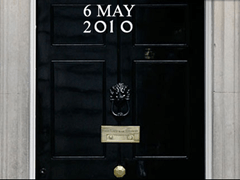 Today was the day. Britain had been waiting for it for weeks, and even longer. Today was May 6th, exactly one month after the election date was set. Three Prime Ministerial TV debates have followed April 5th, which have been very influential in helping the public decide. Huge amounts of propaganda, and weeks of walk-abouts by the Big Three, and now finally it is Election Day.

As I write this, the last votes have been cast, and poll stations have closed. The joint BBC/ITV/Sky exit poll suggests that the Tory party have the largest number of seats, but confirms that it will be a hung parliament. I’m going to watch the BBC’s election show through the night, seeing the news break.

If it is a hung parliament, there is one key thing we can be sure of: we’re heading for days of party discussions, convincing each other to team up.