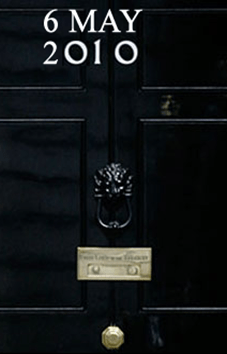 Today signals the last day of the 2010 election campaign. Regular readers will know that I’ve been following the various campaigns since the date was set, almost exactly one month ago.

It’s been one of the most interesting campaigns in British political history. There’s been excitement at the involvement of Facebook and other internet sites for the first time in British election history. We’ve seen the UK’s first Prime Ministerial television debates, something which has allowed voters to see their options laid out bare, and discussing matters between themselves. The first was on ITV, the second on Sky, and the final one on the BBC – one week before Britain took to the polls.

Because of new technologies, it’s been easier than ever to see how the Election is likely to turn out – on a daily basis. We’ve used Polls of Polls, like this one on the BBC News Website. We’ve seen Tweets flying around, including one which got a politician asked to step down.

‘Elvis Presley’ was organised to turn up at one Labour Party rally, though Gordon Brown looked rather bemused and irritated by the man in some of the shots. Read more about that from my site here.

And politicians, particularly the potential PM’s have been working so hard to try and secure your vote – including encouraging tactical voting. Even tonight, on the eve of the election, we’re told ‘millions’ are still undecided. Nick Robinson, Political Editor at the BBC, reported that one voter spoke the voice of many:

“I won’t know who I’m going to vote for until my pencil is hovering over that sheet tomorrow”.

The BBC Breakfast reporters this morning (5 May 2010) seemed extremely pleased to realise they had just finished their last political interview this side of the election.

This election campaign, however, may be remembered by one key event: ‘bigotgate’. Gordon Brown unwittingly spoke about one 65-year-old, life-long Labour supporter, calling her bigoted. You can read my round up of it here.

Tomorrow, Britain takes to the polls. Across 650 Parliamentary Constituencies in the UK, there are 42,000 Polling Stations. It’s the first time since 1979 that all of the Party Leaders have never faced an election before. ‘Change’ has been a massive ‘buzz-word’ of this election, coined mainly by the Tories and also the Lib-Dems. Who offers most of it, and do we really need it?

The chance of a hung parliament has become increasingly more likely, with people now thinking of the Liberal Democrats as a ‘real choice’. Many are still expected to stay with Labour, but the Tories have remained on top of the majority of the polls since the start. Personally, I’ve always though of the Lib-Dems as the dark horse of this election, but we’ll have to see which box people cross tomorrow.

Go here for a video highlights package of the most definable moments of this campaign on the Beeb. I’ve loved doing what I’ve done during this campaign, digesting and regurgitating some of the key events. I hope you’ve enjoyed reading it. Thank you.