On the BBC News Website at the moment, there is the story of a woman who won £56 million in the EuroMillions draw. That kind of vast sum of money is hard to comprehend. So let’s see what exactly that could buy…. I know. Creme Eggs! Assuming that each Creme Egg was 42p, she could buy 23, 520, 000 Creme Eggs. Nice. Then she could not eat a single one until Lent. 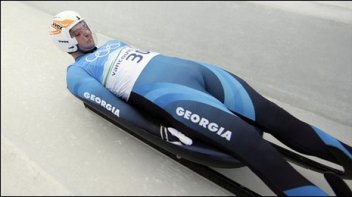 There is also the sad, and unfortunate tale of an Olympian hoping to compete at the Vancouver Winter Olympics 2010. He died, whilst practicing the luge for the last time earlier today. Upsetting as it was, I found it hard to avoid thinking it was a little cartoonish. What I mean by that is that all of the following is true:

This has, of course, placed a dark shadow over the rest of the Winter Olympics. But, as the Olympic Chairman said;

“This is a very sad day… Here you have a young athlete who lost his life in pursuing his passion. He had a dream to complete in the Olympic Games, he trained hard. And he had this fatal accident. I have no words”.

Yesterday (Saturday) marked one month after the earthquake in Haiti. To commemorate all those who lost their lives in the ‘quake, Haiti held a national day of mourning. In it, the president of Haiti, Rene Preval, told mourners

“Haiti will not die, Haiti must not die”.

I like that quote, however much truth it carries. It means there is still hope amidst the rubble.

Anyway, I really must go to bed, but goodnight.